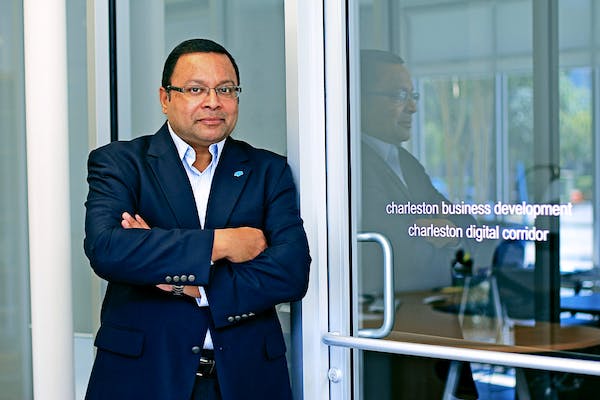 The foundation is a 501(c)(3) nonprofit that was formed in 2004 to support the corridor's efforts. The foundation uses member fees to fund coding classes, incubator spaces and other programs.

Andrade will be the foundation's first full-time staff member when he becomes its director in April. The city of Charleston is now seeking a technology business development director to lead the Charleston Digital Corridor.

Andrade said the corridor has helped develop Charleston's tech economy by providing support, recruiting tech companies and addressing issues such as workforce challenges.He said it has operated with a startup mentality from the beginning, changing business tactics in lockstep with growing tech companies. "That's what we've focused on for 10 years with a relentless focus, and for me, a personal passion. ... It's been very collaborative," Andrade said.

The transition will enable Andrade to shed some of the corridor's daily management responsibilities and focus on development-oriented activities, such as hosting a software conference in Charleston in May or sharing best practices about incubating a tech industry with other S.C. communities.

He said the foundation might license some of its "best practices" for other industries –- such as the corridor's job portal site, where job-seekers can browse openings at Charleston tech companies.

"If I'm speaking in other communities and helping them with tech-based economies, there's no reason why I can't share best practices in our own backyard," Andrade said. "Sharing knowledge with other communities ... that is economic development in the 21st century."

Andrade said the tech community's growth would not have happened in Charleston without the vision and support of Mayor Joe Riley and Charleston City Council more than a decade ago. Riley said in a statement that thriving economies result from privately led initiatives supported by the public sector.

Andrade was the city's annexation coordinator from 1989 to 2001, helping expand the city from 38 square miles to 100 before he formed the corridor in 2001.

"The continued growth of Charleston's tech economy now requires a higher level of focus, enhanced communications infrastructure and a deeper dive on talent development," King, the board chairman, said in a statement. "Accomplishing these goals will require the foundation to leverage all available resources in the state, region and across the Southeast."