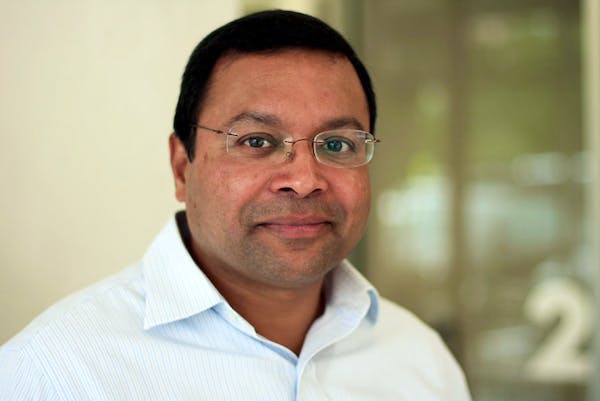 As the head honcho of both the Charleston Digital Corridor and Andrade Economics, Ernest Andrade has stood at the helm of bettering Charleston for over 25 years.

And with his third Flagship incubator underway, the forward-looking program manager has a lot to be excited for.

The Flagship3, which will house local startup offices like Andrade's Flagship & Flagship2, was approved by the Charleston's Board of Architectural Review on Sept. 10. Construction will begin at 999 Morrison Drive this fall, according to the Charleston Regional Business Journal.

"It takes a team to execute a project like this. It's one person's vision, but it takes a big group of people to execute something of this scale," says urban designer Jacob Lindsey, who's designed all three Flagship buildings. "The key to Ernest's success is that he's incredibly detail oriented, and he never stops working. Those things together make it all happen."

When asked how he maintains all of his initiatives and ventures, Ernest laughed, saying, "My life is perfectly imbalanced."

"I don't separate my personal and professional life, it's just one." Andrade says his office isn't his work environment, but his home away from home.

Born and raised in Kuwait, Andrade came to Charleston in 1982. He was set to attend the College of Charleston for only two semesters before transferring to a school in New Jersey, but something made him stay.

"This place started to grow on me. I prefer a reasonably small community with high lifestyle," says Andrade. He adds "I always felt because of Charleston's scale, its livability, it's sensibility and it's diversity, Charleston was a place that I could make a difference."

Andrade relates a lot of his success to his affinity toward listening to the community. He didn't want to hire a consultant to help him understand what local tech companies needed. He wanted to ask them personally.

After working in Charleston for a while, Andrade started noticing a divergence between wages and cost of living in Charleston. "It was troubling. If you have this divergence, you're essentially on the path of becoming a third-world country."

So he started to look at specific ways to better the Holy City. Ways to make it more than just a tourist town.

In an attempt to see what was missing, Andrade compared Charleston to old, historic peninsula cities like Manhattan, Boston and San Francisco. They have great restaurant scenes, visitor scenes and... technology scenes. "That was the one thing we didn't have that they all had."

According to the Charleston Works website, the average wage levels of these companies in the Charleston Digital Corridor was $83,636 in 2009, more than double the state and regional levels.

Andrade noticed a need that local tech companies shared while working with companies through the Charleston Digital Corridor. "They start telling you we need high quality talent," Andrade said. "So we developed a talent portal to connect folks who wanted to avail themselves of the Charleston lifestyle."

Charleston Works is an initiative to bring quality talent to the city's tech companies.

Andrade wanted to encourage innovators from out of state to come add to Charleston's knowledge Academy, but didn't neglect the locals.****Codecamp was created with the goal to teach current web technologies to people in the area. Andrade says they've had over 600 people take classes since the program started.

"I don't think he sleeps," says his colleague Jacob Lindsey. With Andrade's Flagship3 set to open in early 2015, it doesn't look like that's changing any time soon.