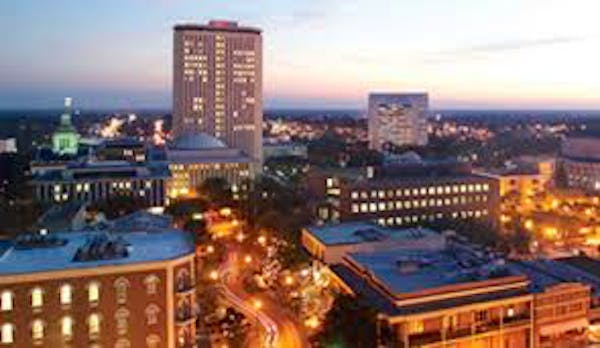 The sense of calmness projected from the environs of Florida State University's Reservation provided an idyllic backdrop for Tallahassee city commissioners gathered for a retreat last week. Inside, they spent the afternoon discussing various priorities.

But in many ways, a morning discussion featuring former IBM executive and entrepreneurial visionary Steve Evans, and technology economics whiz Ernest Andrade, really set the foundation for everything that commissioners later discussed.

The two men gave presentations on economic development activity in Tallahassee, an issue that is critical in a town dominated by government. Stirring economic activity is crucial to bringing more amenities to the city.

Evans gave a sweeping overview of the entities working toward economic development here, including the millions of dollars universities are generating in research.

Andrade challenged city officials to identify a strong leader who can pull all of those efforts together, develop a comprehensive online portal to promote what Tallahassee has to offer and to take advantage of the talent pool that emerges each year from Florida State and Florida A&M universities and Tallahassee Community College.

Tallahassee must be serious about its goal of creating a strong economic community that takes advantage of the academic resources, brain power and entrepreneurial spirit that is gaining momentum, Andrade said. Then, it needs to brand itself as a city poised for the future. If that can be accomplished, then a young, future-focused workforce will help build the middle and higher income classes. As a result, more resources can be devoted to fighting poverty, improving health care and promoting civic pride and cultural development.

Evans, who has leveraged his successful corporate background to encourage investing in local talent and in teaching entrepreneurial strategies, pointed out accomplishments by the Economic Development Council, the FSU-Jim Moran Institute for Global Entrepreneurship, the research dollars coming into FSU and FAMU and the success of local start-ups growing into national companies.

By doing so, he addressed what Mayor Andrew Gillum asked at the opening: What do our economic opportunities look like? What are the opportunities for small businesses?

"What we are trying to do is look for the opportunity moments," Gillum said.

Andrade is the leading force behind the economic revolution that has transformed Charleston, S.C., into a city making headlines by growing a strong tech-based environment. As executive director of the Charleston Digital Corridor, a public-private business development partnership, he is credited with bringing in more than 100 companies, developing business incubators, increasing the city's tax base by over $2.5 billion and 30,000 residents.

Tallahassee, he said, has the academic resources and talent to strike gold in economic development, but it needs to identify a leader who can shepherd the city's transformation into an economic development powerhouse. Then, he said, the city needs to brand itself as a place where entrepreneurship is welcomed, where people are encouraged to take chances and where the small success stories are told nationally.

He stressed keeping it simple, understanding that growing a new economy is a "team sport" and those who don't share that vision don't need to be involved.

"Don't hand over the rewards to those who were resistant like 'Old Charleston.' Keep investing in the new growth, the new successes," he said. "Build effective private-public partnerships and hold those getting incentives accountable for every dollar. Don't be afraid to demand accountability."

Leadership, he said, usually comes into play when there's some crisis, or a threat to the status quo, "but the true test is when things are going well and (focusing on) how you can make it better."

About 15 years ago, many of Charleston's leaders were satisfied with what existed, but there was little focus on laying the groundwork for tomorrow's Charleston and how it was positioning itself for future economic development tied to a new, tech-based workforce.

"That was the impetus for creating the Charleston Digital Corridor, created to focus on 'building a diverse, leading 21st century community,' " he said.

The economic growth, fueled by the presence of high-tech and other companies, has made Charleston attractive to 28 to 35-year-olds, he said. "These are the ones you want to target. A tech economy will attract them."

"You all have the assets way beyond what Charleston has," he said. "Sixty thousand college students. That's the future of your economy. You better not let them go."

The city, he said, needs to do a better job of promoting what's being accomplished, what's needed, what jobs are available or will be available and what talents companies are looking for. He suggested Tallahassee create something similar to what Charleston has accomplished through its CharlestonWorks portal, a one-stop online directory listing every tech-based company there, along with job and training opportunities. It started with 18 companies and now lists over 300 tech companies, he said.

"First, develop a showcase of companies operating in the region by sector," he said in a later interview. "Then, communicate the message about the abundance of employment opportunities. Studies show that over 80 percent of us are using the web to identify opportunities so a simple portal can be very effective as a start."

And, he said, don't wait for the major accomplishments and ignore the smaller success stories.

"Leverage what you have and tell a better story," he said. "Quit thinking that you are not there. Celebrate the small news. Instead of 'Boeing does this or Google does that, what about 'John Q.' companies going from two employees to major growth? We celebrated our environment, Charleston's environment. We didn't tell them we had a university that was dead at the switch.

"Your educational system is incredible."

We've heard that before. So, Tallahassee, where do we go from here?