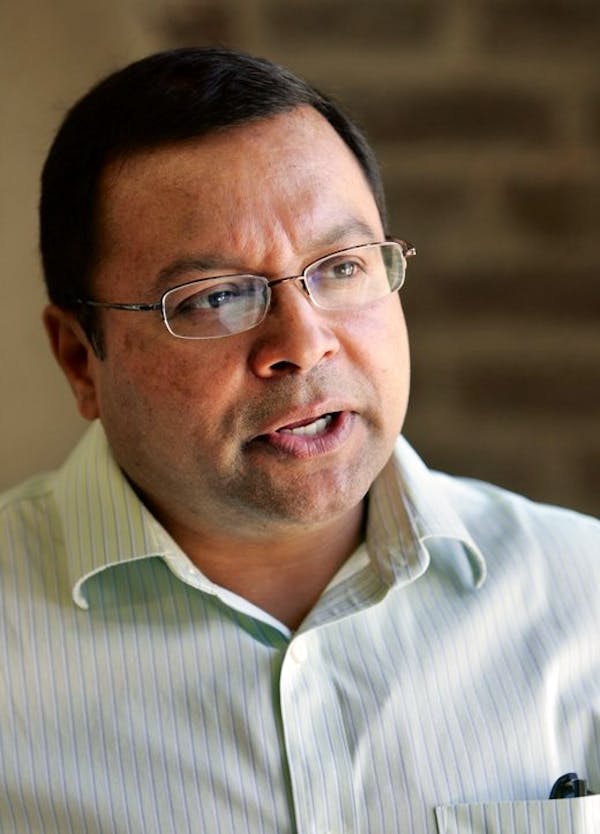 If you didn't know what Ernest Andrade did for a living, you might assume he was a stock broker or a high-dollar sports agent. His phone is constantly ringing, and even if he's in the middle of a conversation, he almost always answers it. "You want to do lunch? Let's do lunch. Let me call you in five minutes." Click.

He can wax philosophical about the economy while checking e-mails, replying with half-sentences, coordinating meetings. He's said more than once that he sleeps roughly four hours per night. Andrade is the 10-things-at-once sort who thrives on being the go-to guy for startups in the technology industry.

But after 14 years as the engineer of the city's Charleston Digital Corridor, he's ready to retire from the daily grind and step into a role that he hopes will help him shape the future of Charleston's innovation hub.

On paper, it doesn't seem like his position will change very much. Andrade is retiring from the city-paid position as director of the corridor, and he's taking a job as director of the Charleston Digital Corridor Foundation, the nonprofit arm that funds many of the organization's activities. In other words, since the Charleston Digital Corridor is a public-private partnership, he's leaving the public side for the private side of the operation.

Even so, the fact alone that Andrade is retiring from the city is significant. In his 26 years in the public sector, he's been instrumental in growing the city both physically and economically. Plus, as he leaves the director position that he created, it signals that he's achieved what he set out to 14 years ago –- which was to lay the foundation for a high-tech economy.

"If you look at the tech community, we (the corridor) have become one with them. We've gone through this early stage incubation period," he said. "Now, Boomtown, Blue Acorn, PeopleMatter, we're all in this growth phase. So, consequently, the solutions and tactics we use have got to be in lock-step with the industry. And if I'm just preoccupied with the day-to-day management, I'll never be in lock-step with them and I'll never be able to lead."

Andrade started working for the city as the annexation coordinator in 1989. Under his leadership until 2001, the city grew to 100 square miles from 36, thanks in part to the annexation of Daniel Island.

"I realized when we reached a point of diminishing returns on the annexation side, that it was time to do something else," Andrade said. "So, I transitioned into more of an economic development role and my whole thinking was ... 'We have got some great opportunities to leverage Charleston to its highest and best use.'"

Mayor Joe Riley started working with Andrade in late 2000 on an initiative to bring in more companies that could provide high-wage, sustainable jobs in Charleston.

"I've always known what a talented person he was, and so I thought he was the perfect person to do it. And I don't think anybody else could have done this job that Ernest has done," Riley said. "Ernest understood and saw the power ... of the tech industry in Charleston and how it fit, that creative people were interested in coming to Charleston, and that this was the wave of the future."

The Digital Corridor was launched as a city department in 2001 with Andrade as its sole employee. It was aimed early on at supporting promising startups, which is now its central focus. Andrade helped them network with potential clients, persuaded City Council to lower business license fees for small firms, and even let one company, Sans Locus, work out of his own office in 2002 when the founders couldn't find affordable space.

Providing workspace became a central goal for the corridor. In 2009, it opened its first Flagship building, where small, early-stage companies could work for short periods. The city pays the rent and takes care of the utilities, so startups pay a reduced fee to work there.

A larger office, Flagship 2, was opened next door in 2011, and a third building is planned on Morrison Drive, where both existing sites might relocate. Beyond a physical space, the buildings are incubators, a place where early-stage entrepreneurs can further develop their ideas, access resources and network with like-minded business owners. Plus, with Andrade's office on the first floor of Flagship 2, his assistance is just a few steps away.

PeopleMatter, a human resources software firm, was one of the Flagship's first residents in 2009. It started out with founder Nate Dapore and two other staff members. Today, it has 120 employees in two offices in Atlanta and Charleston, including its $18.8 million headquarters on Upper King Street.

For Earl Bridges, the orginal Flagship was the first office space for his software firm, Good Done Great, in 2012. Since then, his staff has grown from two founders to 37 employees, with plans to add another 23.

"For a company that really could not tell where we were going to go, we needed an organization like the corridor to just grow naturally," Bridges said. "Ernest was really good at networking, and that was important for us early on to develop a network of like-minded, growing technologies."

PhishLabs, a cybersecurity firm, has been based in Flagship 2 for a few years and plans to move into its first office space downtown in the next few months. CEO John LaCour said the corridor has played a leading role in its success.

Without the organization, Lacour said, he "would have had to spend more time managing mundane things like finding affordable office space that wouldn't have added value" to the business.

Like many of the organizations that have passed through the Flagships, the Charleston Digital Corridor itself is now "past the incubation period," Andrade said.

He explains it this way: The first five years were about developing the model and the second five were aimed at creating programs to support startups. More recently, the focus has shifted to strategies that will sustain and grow the entire tech industry in Charleston.

Since the foundation has really been the side of the organization that develops most of the programs, such as the training workshop CODEcamp, and the talent portal website, Andrade believes his time will be better spent in a role that will allow him to build on and develop more of those offerings.

"The mayor and City Council gave me the autonomy and the resources to get the Digital Corridor going," he said. "We have clearly demonstrated we have been successful at this. What I know now, 10 plus years later, is that it's going to require a higher level of focus to grow the industry. That means further collaboration with the tech companies, and I think the important thing is, engaging with a broader set of stakeholders that aren't necessarily in our back yard."

Meanwhile, the city plans to hire a new director for the corridor to continue supporting startups. Andrade emphasized that just because he's leaving the city job, it doesn't mean any of the functions of the organization will change.

"The vision of the corridor has come into focus ... and it's incredibly important to keep using momentum to our advantage," he said. "We're not done. We're just getting started."