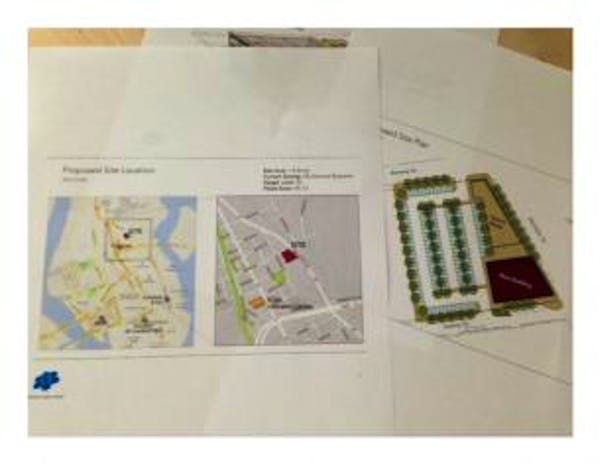 First there was the Flagship, the business incubator the city opened in a former video store at the corner of Calhoun and East Bay streets in June 2009. Then, two years later, came the Flagship 2, or FS2, a converted television studio next door that offered double the office space for more advanced start-ups.

Now, a third incubator is in the works, and this time it'll be new from the ground up.

Say hello to FS3, the youngest and largest child in the building family.

"It's about accelerating the formation and growth of these start-up companies that are contributing to our economy," said Ernest Andrade, director of the city's business development office and the Charleston Digital Corridor, who is the driving force behind the project.

Mayor Joe Riley said it's a matter of right time, right place. "Keeping the momentum, or helping accelerate the momentum, of the city's knowledge economy is so important, and you have to seize the moment or you may lose it," the 10-term Democrat said.

The project's been in the works for months, but it came before City Council for the first time this week. On Monday, the panel's real estate committee approved the purchase of the land at 999 Morrison Drive, and on Tuesday the full council signed off on the deal. Riley called buying land for such a purpose "something unusual," but city officials see the proposed office complex, which will be built by a private developer, as a logical extension of its older Flagship siblings and filling a need as the city's burgeoning tech companies grow up.

They also see it as a kind of smaller, software-focused, eastside bookend to the biotech-centric Horizon Project slated for the city's west side. Aubry Alexander, chairman of the council's real estate committee and an early proponent of the first Flagship, envisions a "digital hub" that will sprout "spokes" in the city's peripheral areas.

"It'll offer opportunities for more of these companies to come in," he said, and "make sure these companies we've incubated here have a place in the city," as opposed to Mount Pleasant or farther afield.

The city is paying $1.771 million for the 1.8-acre plot, a significant discount from its recently appraised value of $2.015 million. According to county land records, when the property last changed hands in December 2006, it was sold for $4.5 million. On the other side of the land deal is an entity owned by Philadelphia-based real estate investment fund Lubert-Adler. Stuart Coleman, the landowner's local agent, said his client sold at a discount because it owns other properties in that area and liked what the city has in mind.

"I'm just excited to see that area change, continue to see that Morrison Drive corridor transition and really come back to life," he said, citing the development of former Lubert-Adler sites into GrowFood Carolina and Royal American bar. Also a brewpub and another tech office building are in works nearby.

Andrade also pointed to the accessibility to U.S. Interstate 26 and Highway 17, as well as the room to grow beyond the plot, as reasons for venturing up East Bay to Morrison.

"We want that to become the corridor for tech companies," Andrade said.

The neighborhood is also on board, said Andrade and Councilman Robert Mitchell, who represents the district. Calling that pocket of the peninsula "pretty blighted," Mitchell said, "I'm glad to see this is happening for that particular area."

The site was once home to a cottonseed oil plant, according to Andrade, and more recently housed a car dealership. The old Charleston Blueprint Co. building stands there now –- but not for long.

The seller has agreed to clear the land before the sale closes, and Coleman said the demolition preparations have begun. The building will likely be gone in three weeks.

In their place, Andrade envisions "a very forward-looking, landmark building."

While many of the details are subject to negotiation with the eventual developer, preliminary plans call for a four-story, 40,000-square-foot building at Morrison and Conroy Street with surface parking. A second phase, connected to the first phase by a parking deck and subject to a separate process, would be a slimmer, longer 60,000-square-foot structure that would stretch to Romney Street.

Together, the new buildings could house more than 50 start-ups, considerably more than the roughly 25 now based in the first two Flagships.

In addition to high-tech amenities like redundant electrical systems and speedy Internet connections, Andrade said there will be a roof deck and some retail, like a coffee shop.

The push for an FS3 comes from both the limiting capacity and leasing terms of the first two incubators. The first Flagship, which cost $120,000 to start, now features 14 small offices and a couple of conference rooms. FS2, which cost $500,000 to renovate and open, has 16 offices on two floors, along with conference areas, computer lab and other amenities.

The city leases the properties from an entity owned by John Rivers and subleases the offices, on a flexible basis, to the start-up tenants. While the city's FS2 lease is for 10 years, the 5-year Flagship lease is up next May. "I'll have to evaluate it in pretty short order," Andrade said of the Flagship lease. "It would be reasonable to expect some level of consolidation in the new building."

With the land in hand, the city will now issue a request for proposals. Andrade, who has been prospecting both potential tenants and developers, said that RFP should go out this summer. "I think it's safe to say that it's highly unlikely I would have moved on the acquisition of the land if I did not think there was interest in developing this project," he said.

The chosen developer will then come before the city council for approval of the plan, and considering all the processes and permitting necessary, Andrade said the building could open in early 2015.

Nate DaPore, CEO of software firm PeopleMatter and a Charleston Digital Corridor board member, just moved his business to upper King Street. He said the proposed building will become a "dense nucleus" that will help advance the local tech industry.

"It just creates cell division and it attracts more talent," he said.

Speaking at the city council meeting Tuesday, DaPore said he has seen similar developments in San Franscico and Atlanta and that his hometown now has "a tremendous opportunity ahead of us."

"It will be a fantastic catalyst for the future of Charleston's knowledge economy," he said.