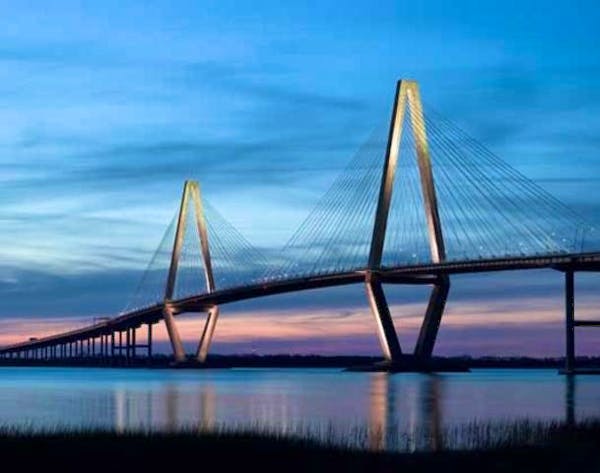 Budding tech hubs could take a page or two from the playbook of Charleston, S.C. With a population of a little more than 125,000, Charleston is a relatively small city. But its commitment to tech startups is enormous.

At the heart of that commitment is the Charleston Digital Corridor. This public-private partnership operates incubator space for startups at two sites; a third site is in the works. Today, about two dozen companies call the incubator home.

Mayor Joseph Riley Jr. recently cited the city's investments in the Charleston Digital Corridor as an important cog in the local economic machine.

"The high-tech economy is not ... made up simply of large companies but the work of countless entrepreneurs starting small initiatives or growing existing companies," Riley said. "It is the climate in our community that encourages and reinforces these investments."

Those investments have helped nurture dozens of businesses in Charleston.

In a December speech, Riley said 76 companies have "graduated" from the tech incubator since 2009, meaning they've left the nest and moved into their own offices. The corridor group opened its first incubator space five years ago.

In all, the Charleston Digital Corridor has aided more than 100 businesses since its inception in 2001, said Ernest Andrade, its director.

"The journey to develop Charleston's tech economy is well underway," Andrade wrote in the Charleston Digital Corridor's annual report. "It has been methodical, with a relentless focus on creating the best business climate, peer network and support services to allow our entrepreneurs to be successful."

The ever-accelerating rise of tech startups in Charleston has bolstered the recruitment of tech talent, Andrade said. But Charleston still runs into workforce hurdles.

"The competition for tech talent is intense, as the demand for IT professionals has outstripped the supply," he said. "This is a national challenge and attracting talent is also a challenge for Charleston. The effect is felt a little more in emerging tech hubs that do not have large engineering or computer science schools."

Nevertheless, Charleston's tech economy has performed well in the absence of a local school that cranks out large numbers of engineering or computer science majors. As such, tech startups in other small cities can learn a few things from Charleston, which has embraced the moniker of "Silicon Harbor."

Here are five of Andrade's recommendations for startup success:

1. Seek out professionals and organizations, like the Charleston Digital Corridor, that can help spur your growth.

2. Take advantage of crowdfunding in the early stages. Crowdfunding allows startups and other ventures to gather small amounts of money from a big "crowd," usually through an online campaign.

3. Communicate with other young companies that have coped with –- and have overcome –- similar business issues.

5. Look at hiring remote or freelance workers to flesh out your team.

What can you learn from the success that Andrade has helped spur in Charleston?

Andrade pointed out that 10 or so years ago, Charleston was riding high on its tourism industry, its port, its manufacturing sector and its higher education presence. Yet wages were stagnant while the cost of living was climbing. "We risked becoming a Third World economy of have and have nots," Andrade said.

In the face of that prospect, community leaders began striving to build a 21st century economy, focusing on local software companies with well-paying jobs. The effort has paid off. These days, Charleston regularly reaps economic accolades. For instance, last year Under30CEO.com ranked Charleston third among the best small US cities for young entrepreneurs.

Andrade noted that Charleston has made great strides as a tech hub without a powerhouse university in the metro area, without a high-priced consulting firm and without some sort of costly study. The city did rely on tenacity, though.

"Charleston is a great example that any community can succeed if they are determined," Andrade said. "Don't wait for a crisis to innovate –- there was none in Charleston. We just wanted to be better."

This story is brought to you by Everywhere Else Tennessee. The 3-day startup conference takes place in Memphis April 30-May 2. Check out the homepage for more information about the event or register here.