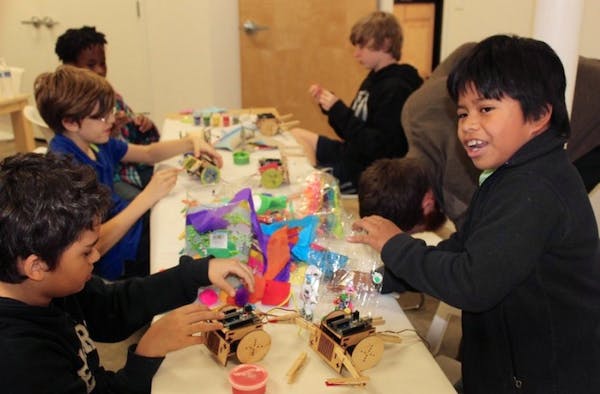 Starting this fall, the Charleston Digital Corridor will take its popular web development courses into middle school classrooms in hopes of encouraging more students to pursue careers in computer science.

CODEcamp After School will teach kids web development fundamentals, such as how to build a simple website using HTML and CSS, the web's basic languages, through hands-on projects. The Digital Corridor plans to pilot the program in at least two local middle schools, depending on principal buy-in, before expanding it across the Lowcountry.

"There's such a high interest from the tech community to kind of increase the number of students going into computer science," said Ernest Andrade, director of the Charleston Digital Corridor. "Anything we do is completely driven by industry need. We're not taking an academic approach; we're taking a very industry-oriented approach."

And middle school, Andrade noted, "like Goldilocks and her porridge," is the perfect time to introduce kids to basic coding concepts."As an organization, we're very outcome-focused, so we realized we couldn't sit on the sidelines and expect the industry to grow without the right kind of stimulus," Andrade said. "We want more kids to be educated."

To feed the local talent pool, the Digital Corridor launched its kids version of CODEcamp last year, first as a summer camp where campers learned how to build simple video games and design websites. Throughout the past year, the Digital Corridor periodically offered CODEcamp classes to kids on alternating Saturdays, but the schedule, Andrade admitted, wasn't ideal.

Parents struggled to commit their children to 5½-hour classes. Classes were limited to 10 students.

The after-school program, on the other hand, will run for eight weeks, Monday through Thursday, allowing more students to participate, Andrade said. District teachers will be trained and paid as CODEcamp instructors. The Digital Corridor expects to train 10 teachers in the CODEcamp course materials next month.

Like other CODEcamp courses, the after-school program will be expensive, with parents paying $800 per student.

For the pilot, the Digital Corridor will offer a limited number of scholarships to low-income students.

Jason Sakran, director of Charleston County School District's Office of Expanded Learning, whose conversations with Andrade inspired the idea, is working with the Digital Corridor to bring CODEcamp After School to county schools.

"They're going to come away with some really 21st-century skills they can then use in the classroom and eventually in the workplace," Sakran said. "This is a real-deal coding class where kids are coming out with some real skills."