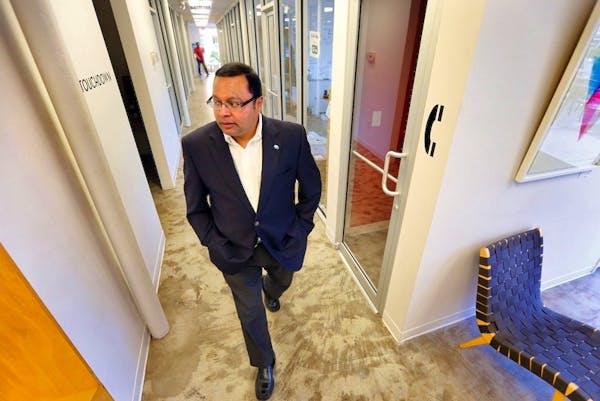 It was about 15 years ago that the city launched the Charleston Digital Corridor, an initiative to help expand the technology economy and attract high-paying jobs.

Now, under its founder Ernest Andrade, the organization is moving in a new direction.

The corridor is no longer an official arm of the city, though the two maintain close ties. It's being run by a private nonprofit formed in 2004, the Charleston Digital Corridor Foundation, with Andrade at the helm full time as its executive director.

"It came a point where it was time for our child to leave home," Steve Bedard, the city's chief financial officer, said of the corridor.

The city will remain involved in those incubator properties as a financial backer under a public-private partnership with the foundation.

It's a necessary arrangement, said Andrade, who retired as Charleston's business development director last year. "Without a city subsidy ... they don't work," he said. "There's insurance ... there's utilities, there's taxes, there's staffing. These are complex sort of operations to run."

And soon, there will be a third Flagship site that's more expansive than the first two.

Construction is expected to start on the five-story Flagship 3 at 999 Morrison Drive in a rapidly changing area of the upper peninsula this summer, Andrade said. The city purchased the land for almost $1.8 million in 2013, and the Board of Architectural Review approved the building concept last year.

Under a lease agreement signed in January, the city, as landlord, would get to use 850 square feet of space in the posiored 50,000-square-foot property. It also would contribute $100,000 annually.

The foundation will be responsible for building a parking garage that the city will buy back from the group. Bedard said the nonprofit would be able to get the project completed at a lower cost.

Andrade said three investors have expressed interest in the development, which could cost up to $45 million. "Ultimately, we will select an investor partner who has the financial wherewithal and desire to do this, but also can be a community partner with the CDC," he said. "That's critical ... You have to get the right partner who understands the vision the city supported."

The corridor also couldn't do it alone, he added.

"There are no initiatives of this nature that can survive without an effective public-private partnership, in my opinion," Andrade said.

Reba Campbell, deputy executive director of the Municipal Association of South Carolina, said the trend seems to be growing. With fewer financial resources to draw on, governments are looking at public-private partnerships as a way to get creative, she said.

The corridor foundation is spearheaded by a board of local tech-industry leaders. Kirk King, the chairman, is CEO of Daniel Island-based consulting business CSS International. Other board members include Marc Murphy, chief operating officer at SPARC, and Brad Elmenhurst, Boeing's information technology executive for South Carolina and director of engineering systems.

The reason for setting up the foundation 12 years ago was to give the corridor more freedom and flexibility. According to a document that spells out the nonprofit's plans through 2020, the change "enabled the organization to augment the city's business development budget with private funds and overcome some of the obstacles that stood in the way of growing a high-tech industry in Charleston."

It also quantified its growth goals in that same document.

"Identify and assemble an optimal mix of partners to help the Charleston region grow from 350+ companies in 2015 to 500+ companies by the year 2020," the foundation said.

For Andrade, he said his new full-time role allows him to take a broader look at the region with less bureaucracy.

"I think it's different because now I'm thinking about developing products," he said. "I think of the CDC as a community service, which it is, but I also see it as an entity that can basically create products that can be used to supercharge other communities."

Though titles and organizational structures have changed, some things are similar. Andrade works from the Flagship 1 building on East Bay Street, not far from his previous office.

His replacement on the city side is Gary Breit, who is based around the corner in Flagship 2. He said his role with the city is to "provide a broad spectrum of business development services to established and emerging companies."